Veronica Nogrady is a Cornwall-on-Hudson native and began her dance training at Powers Dance Art Centre. She has performed with numerous 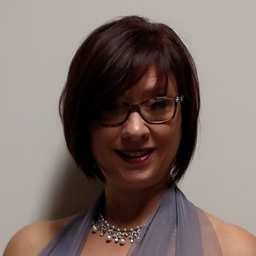 companies in the Hudson Valley area including The Orange County Ballet Theatre, The Poughkeepsie Ballet Theatre, The Ulster County Ballet and Ballet Arts Company. She is a 1985 graduate of The Hartford Ballet Teacher’s Certification Program. While in Hartford she danced with Hartford Ballet’s junior company and appeared as a guest artist with The Simsbury Light Opera Company. In 1985 Ms. Nogrady joined The Atlantic Contempoary Ballet Theatre where she was a principle dancer as well as a full time faculty member. Ms. Nogrady was also a principle dancer and faculty member at The Georgia Ballet and has also performed with Capital City Opera and Ballet Orlando. She has taught at Ballet Orlando and The Absecon Academy of Arts. Currently, Ms. Nogrady is beginning her 14th year on the faculty at Step By Step Dance Studio in Cornwall. She has also been a choreographer for the spring musicals at Goshen High School since 2006. Her choreography has appeared at The American Alliance Of Performing Arts Educators at Lincoln Center (2008,2011), Carnegie Hall (2009) and The Kennedy Center(2010)

Vivaldi – choreography by Ms. Nogrady, performed at the London Olympics Dance Invitational 2012 by Step It Up Dancers.