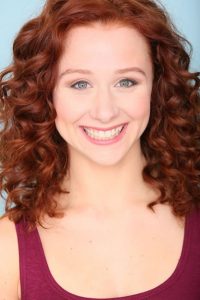 Born and raised in Orange County New York, Nina Vargas has been dancing since she was three years old. She began dancing with Powers Dance Arts where she was taught ballet, jazz and tap. At the age of nine Nina was introduced to Broadway veteran Darlene Wilson. This was when dance became more than just a hobby for her. She began to broaden her knowledge to as many types of dance as she could. This included Fosse jazz, contemporary, modern and hip-hop. Nina continued her dance education and recently received her B.F.A in dance from Long Island University at Post with honors. During her time at Post, Nina was able to work with choreographers like Steven Vaughn from Parsons Dance and Michael Leon-Thomas from Alvin Ailey. Since graduation Nina has been teaching and performing. She very much looks forward to continuing her dance career, and inspiring others with her movement.